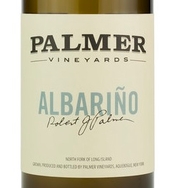 The Massoud family, who own Paumanok Vineyards on Long Island’s North Fork, recently acquired neighboring Palmer Vineyards, which means that the very talented Kareem Massoud made this wine.  Albariño, best known for Spain’s wonderfully fresh and lively wines from Rías Baixas region, has been planted on Long Island since at least 2007 when Miguel Martin, former general manager and winemaker at Palmer who had lived in Spain, planted it.  Massoud has blended a bit of Chardonnay with the 2021 Albariño, which adds a touch of body without obliterating the wine’s energy and verve.  It displays an engaging floral character offset nicely by a hint of spice. It’s a great wine for summer.
91 Michael Apstein Apr 19, 2022