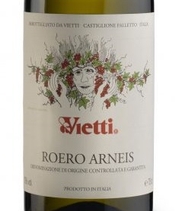 Much of the acclaim for the wines of Piedmont goes to their reds, which certainly deserve it.  But let’s not forget about the whites from Roero made from the Arneis grape.  Arneis, in the local dialect means “little rascal,” because it is difficult to grow.  In the past, Arneis was not prized for wine but rather for protection of the more revered Nebbiolo from the birds.  Birds were attracted to it because of its aroma, eat the ripe berries and leave the Nebbiolo untouched.  Now we get to experience its charms with this example from Vietti, one of Piedmont’s top producers.  Subtly floral, it displays a stony character, which is enhanced by racy acidity.  It is a great antidote to the heat and humidity of summer.  It is wonderfully vibrant, which makes it a great match for anything from, yes, a grilled steak, to a fried softshell crab.  And it’s a bargain.
91 Michael Apstein Aug 9, 2022