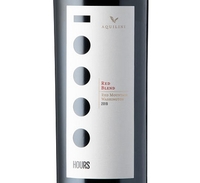 It is fascinating to taste this Red Blend and its Cabernet Sauvignon brother side-by-side.  They carry the same fine and up-scale Red Mountain appellation, and the same winemaking philosophy, presumably, but the result is refreshingly different.  The bold power and fine texture are similar, but the focus is different.  This Red Blend contains more Merlot and less Cabernet Sauvignon — the Petit Verdot and Malbec same about the same — which changes the focus to a fruitier sweeter expression with far less savory influence.  As the saying goes, different strokes for different folks.
90 Michael Apstein Apr 12, 2022