The vintage is truly spectacular and distinctive for both quality and consistency.  Unlike “more difficult” years, when only the best sites produce top wines, the entire Brunello DOCG made excellent wine in 2010, which is quite an achievement considering the diversity of climatic conditions found in the subzones within the DOCG.  And, fortunately for consumers, the quantity of wine is high, similar to 2004, another great year for Brunello.  Even though production of most Brunello estates is small, so many of them made easy-to-recommend (that is, 90-plus point) wines that consumers will have no trouble finding great examples, even if their first or second choice is sold out.

I base my assessment of the vintage on my sampling of over 80 of the 2010 Brunello at Benvenuto Brunello, the annual two-day event in Montalcino at which the Brunello producers show the new vintage, and subsequent tastings in the U.S.  These tastings have convinced me that 2010 is one the truly great vintages for Brunello di Montalcino.  In my view, Brunello lovers cannot have too many 2010s in their cellars.  And the vintage provides a perfect opportunity for newcomers to see for themselves why Brunello is one of Italy’s–and the world’s–greatest wines.

(What makes Benvenuto Brunello compelling is that the vast majority of the wines offered for tasting are finished wines that have been bottled, unlike the En Primeur tastings in Bordeaux in which barrel samples are presented.  At Benvenuto, barrel samples are the exception.  My practice is not to review wines tasted from a barrel sample, since they are unfinished and may not represent the final blend.  The recommendations below are from tasting finished wines that have been bottled and are ready for sale.)

For reasons that are not clear to me, the price of Brunello, by and large, does not reflect its quality accurately when compared to other top wine growing areas, such as Napa Valley, Bordeaux or Burgundy.  While not inexpensive, few 2010 Brunello retail for over $100 a bottle–only one of those I’ve recommended below–and many top ones can be found in the $50 – $75 range.  Plus, there are many at $50 and under that represent superb value for the quality they deliver.  Good luck finding top Bordeaux from the 2010 vintage at comparable prices.  In my view, the 2010 vintage has the capacity to expand Brunello’s popularity to a broader base, which is likely to result in price increases in the future as more consumers become enamored with these wines.  In a decade, we’ll look back and marvel at how inexpensive the 2010s were.

Montalcino is a Unique Place

Montalcino is a special place and Brunello di Montalcino a unique wine, which explains why it is on a par with the other great wines of Italy, such as Barolo and Barbaresco, and one of the great wines of the world.  Indeed, what Pinot Noir is to Burgundy or Nebbiolo is to Barolo, Brunello (the 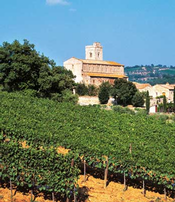 local name for Sangiovese) is to Montalcino.  Brunello di Montalcino stands alone as Italy’s only DOCG that requires the exclusive use of Sangiovese for the wine.  (Its smaller sibling, the DOC Rosso di Montalcino, has the same requirement.)  In all other DOCGs, such as Chianti Classico, in which Sangiovese is the primary grape, a small percentage of other grapes can be included in the blend, but not in Brunello.  That’s not to say that no other locale makes splendid wine exclusively from Sangiovese.  One taste of Isola e Olena’s Cepparello or Fontodi’s Flaccianello della Pieve demonstrates vividly that great wine can be made exclusively from Sangiovese from outside of the Brunello zone.  Blending in Brunello is prohibited because it would dilute and blur the unique expression of region’s terroir, just as it would in Burgundy or Barolo.

A Wine for the Cellar

Brunello di Montalcino is not a wine meant for consumption upon release even though regulations require producers to age the non-Riservas for 4-plus years before sale.  Riservas, which are typically more concentrated and complex and receive an additional bit of aging before release, still 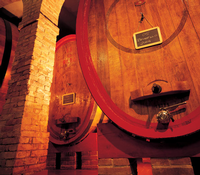 One of the outstanding and defining characteristics of the 2010 Brunello vintage is the texture of the wines.  The tannins are fine, imparting suaveness to the wines.  Don’t get me wrong, the 2010s have plenty of mouth-coating tannins, but despite their presence, they are somehow in the background because of everything else going on in the glass.  The wines convey a rich mixture of black cherry-like fruit seamlessly interwoven with dark minerality that finishes with a pleasing hint of bitterness.  Not “fruit bombs,” the 2010 Brunello are exemplary wines with regard to the successful marriage of ripe and savory flavors.

Another defining characteristic of the 2010 Brunello is their balance.  The wines are well proportioned.  Few are overdone.  Even those consumers who cringe at a “modern” style–Brunello that receive barrique aging–will find the wines from producers who embrace that style to be harmonious and balanced.  Despite the concentration of the wines, the hallmark Tuscan acidity keeps them fresh and lively, not heavy.  Though the 2010s Brunello are easy to taste–their seductive texture speaking–don’t be deceived into thinking you should drink them tonight.  These are wines for the cellar.

The 2010 Brunellos wines will sell out quickly as consumers taste them and realize their quality.  Demand at the wholesale level is brisk.  Even before the official release day, many estates had no more 2010 Brunello to sell, according to Alessandro Pierangioli, whose family owns Enoteca Pierangioli, an important wine store in Montalcino.  Nicola Giannetti, the public relations manager for Col d’Orcia, one of the region’s top producers, told me that many importers are rushing to buy the 2010s even if they have unsold stocks of 2009 Brunello because they don’t want to miss out.  (Normally, most wholesalers and retailers wait until they’ve exhausted the current vintage before buying the new one.)

Lars Leicht, a Vice-President of Banfi Vintners, the largest–and one of the best, I might add–producers of Brunello says that, for the first time, their 2010 Poggio alle Mura Brunello, a reserve-like special bottling of which they make 8,000 cases, an enormous amount by Brunello standards, is under allocation because demand is so strong.  (For comparison, Château Latour produces on average 18,000 cases a year and another 11,000 cases of its second wine, Les Forts de Latour.)

The Weather Was Perfect

Giannetti believes the weather explains the grandeur of the 2010 vintage.  From mid-August until the end of September, what he characterizes as the most critical time in the growing season, the weather was perfect across the entirety of the region, which is unusual given the varied subzones of the DOCG.  The days were warm and sunny with no rain, while the nights were cool, which allowed the grapes to hold onto their acidity, which translates into freshness and vibrancy in the wines.  The acidity is critical in balancing Brunello’s deep, dark tenor.

“Usually, there’s drama in Montalcino’s weather,” according to Leicht.  “In 2010, there was no dramatic weather–no frost, no late Indian summer to correct a cooler than normal growing season, no menacing harvest rains.  There was just consistently fine weather.”  Leicht noted that it was one of the rare times when the winemaker and agronomist didn’t argue about when to harvest:  “The weather was perfect.”

I highly recommend all of the wines listed below.  I would be happy to have any of them in my cellar…and indeed I do.  Wines with asterisks offer particularly good value.  Prices will vary considerably depending on where you buy the wines.  The prices I’ve listed, some of which are not yet available (indicated as n/a), are a national average.  When wines have the same point score, I have listed them alphabetically.

For those who want to learn more about Brunello, pick up a copy of Kerin O’Keefe’s book, Brunello di Montalcino:  Understanding and Appreciating One of Italy’s Greatest Wines (University of California Press, 2012), which is the definitive guide to the region.  No other writer comes close to understanding the region so well and, more importantly, conveying that understanding in a wonderfully readable form.

E-mail me your thoughts about Brunello di Montalcino is general or the 2010s in particular at Michael.Apstein1@gmail.com and follow me on Twitter @MichaelApstein