Find out more about the world-renowned names that make up the 2014 Decanter World Wine Awards judging line-up in this Q&A series. 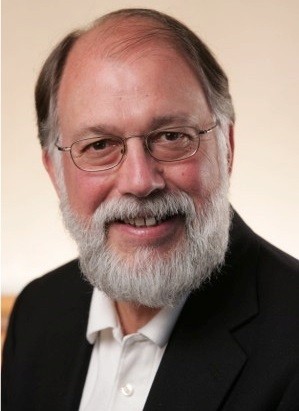 Dr. Michael Apstein is an award-winning columnist and wine reviewer for WineReviewOnLine.com and contributes to the wine section of the San Francisco Chronicle. He is also a regular judge at national and international wine competitions. When not writing about or judging wine, Dr. Apstein frequently lectures about wine and health as Assistant Professor of Medicine (Gastroenterology) at Harvard Medical School.

Read our interview with Dr. Apstein below…

☆ Which year or decade do you wish you’d been born in and why?
I was lucky to be born when I was because, when I became interested in wine, the great Burgundies and Bordeaux were affordable. Plus, there were fewer people writing about wine in the United States so I had more opportunities than people who are starting to write about wine now.

☆ How old were you when you had your first wine ‘moment’ and what was it?
I was in my early 20s and visiting my older brother in New York City. He invited me to accompany him to a tasting of 20-year old Bordeaux from the 1950s at a friend’s apartment. It was eye-opening to taste the difference between a 1952 Cos d’Estournel and the ‘Chianti’ that was served at our local Italian restaurant.

☆ How many bottles do you have in your cellar and what is your most recent addition?
About 5000 bottles. I’ve been buying 2009 red Burgundies and 2010 red and white Burgundies most recently.

☆ How many years have you been working in the wine industry and what was your first job?
I’ve been writing about wine since the early 1980s, starting with articles in the sadly defunct Boston Phoenix which, at that time, was considered an ‘alternative newspaper’.

☆ Which vintage and region (or wine) do you wish you’d bought a whole case of wine from?
I wish I’d bought more 1985 red Burgundies.

☆ In the last 12 months, which grape have you drunk the most of?
It’s a toss-up between red and white Burgundy.

☆ In the last 12 months, what’s the most exciting region you’ve discovered or re-discovered and why?
I just discovered the wines from Montecucco in Tuscany. They convey an engaging dark minerality and hint of bitterness that balances the black cherry-like fruitiness of the Sangiovese.

☆ Who’s your wine idol (who has inspired you the most in the wine world)?
Frank Prial, who wrote a wine column for the New York Times, and also Jancis Robinson MW. Both are superb writers who convey the taste of wines in very few words. Their writings have managed to teach both beginners and experts simultaneously. It’s a unique ability.

☆ What’s your most memorable wine and food moment?
That’s difficult because I’ve been lucky enough to have had many. Attending Les Grands Jours de Bourgogne is certainly high on the list because where else can you learn the differences between lesser known appellations, such as Marsannay and Fixin. Equally memorable is a tasting organised by a dear friend in the Boston area of Corton Charlemagne from a variety of producers spanning four decades. He repeated this tasting five years later at which time I discovered that great white Burgundies evolve, hit a plateau, and remain there, similar to the great red Burgundies or Bordeaux.

☆ If you could taste/drink any wine in the world what would it be and who would you drink it with?
That’s easy. I’d share a mature (20-year old) Chevalier Montrachet “Les Demoiselles” from Louis Latour or Louis Jadot with my wife in our kitchen over a dish of lobster.

☆ What are you most looking forward to about judging at the Decanter World Wine Awards?
I am looking forward to tasting Burgundies with people such as Jasper Morris MW, who have forgotten more about the region than I know. I expect to learn a lot.